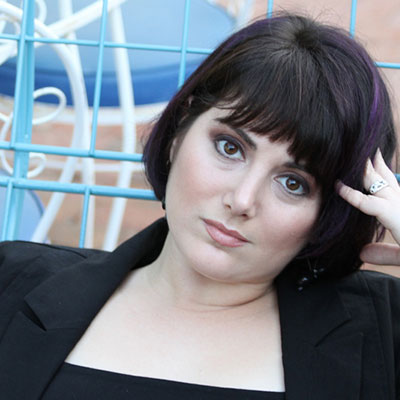 Marissa Lerer is a technologist, musician, cake decorator and mom. She grew up in Bethesda, Maryland and then moved to New York City where she received a BS in Music Education and an MA in Graphic Communications, Management and Technology at New York University. During her time at NYU she began writing music and has since released three albums.

She started her career in technology as a graphic designer for MTV before transitioning into management. Eventually she began coding as a senior developer at The Chopping Block and then at BBDO. She is currently managing a team of developers, as CTO at COMPOSE[D], a digital creative and development agency in New York.

Marissa prides herself on being a “cool nerd” who likes to be involved in all aspects of a project. When she decided she wanted to learn to decorate cakes, instead of taking classes she let the internet be her guide. She made one cake a week for an entire year chronicling the experience on 52cakes.com. She is also an accomplished singer/songwriter who has released three albums and shared the stage with talented musicians such as Matt Nathanson, Lisa Loeb and Gavin DeGraw. She was a participant in the 2012 StartupBus and was on the winning team of the 2012 International Space Apps Challenge, sponsored by NASA. She is passionate about mentorship, especially for women and underrepresented populations in tech. She has spoken at many conferences around North America including Dev Ops Days and Full Stack Toronto. She recently mentored Girl Scouts at a SXSW event sponsored by Twitter and Dove. In addition, she teaches programming at the School of Visual Arts and is also a regular panelist and mentor at Pace Path Live.